The Australian Federation of Islamic Councils (AFIC) was set up in 1964 by the pioneering Muslims who had emigrated from various parts of the world to make Australia their home. After 48 years AFIC, now renamed MUSLIMS AUSTRALIA remains the peak national organization representing ISLAM and MUSLIMS with some 120 member societies and State Councils around Australia. Muslims Australia articulates the interests of the mainstream Australian Muslims through various activities such as representing Islam and Muslims at national and international levels, providing a platform at the national and state levels in Australia for the ever-growing Muslim communities to unite together in a democratic, open and accountable manner to manage and conduct their affairs. Muslims Australia provides leadership in various programs including education, publications, social work, charity, provision of Imams and their salaries as well as assistance in Da’wah work, building of Mosques and other infra-structure for the member societies at the grassroots level. Muslims Australia is managed by an elected Executive Board responsible to an elected Federal Council (Shura) and the Congress of Member Societies and State Councils within the bounds of a registered constitution. The Executive Board is committed to the cohesion of a Muslim community of diverse ethnic groups and to advancing the cause of Islam in Australia. It publishes Muslims Australia magazine, pamphlets such as Halal Guide, Guide for the Care for Muslim Patients, booklets and other Islamic literature. At present it administers five large Islamic schools around Australia with two more to open in 2011, organizes and sponsors Islamic lectures, youth and student activities and support for women’s and reverts’ groups. 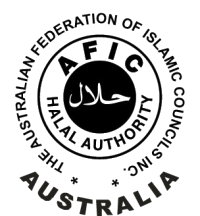